I know 2011 is just barely half over but it’s never too early to look ahead at next year’s crop of movies. Next year, at least on paper, looks to be one of the biggest years at the theaters with the return of Batman, the Avengers assembling, Ridley Scott returning to science fiction and Peter Jackson revisiting the Shire. While I have been to the theater more this year already than in past years I will list the 12 movies that already have me ready to drop down 10 bucks for a ticket….or 12 for 3D….or 15 for IMAX 3D….or 23 for IMAX with Dbox. Jesus movies are too expensive. I think I may go straight 2D next year.

Let’s hope Disney’s live action tentpole movie next year fares better than Prince of Persia did. Based on the first John Carter novel, A Princess of Mars, it finds the titular character die in the Civil War era only to reawaken on Mars in the middle of a large conflict. I did like the first preview shown so I have hope that this will be a good flick. 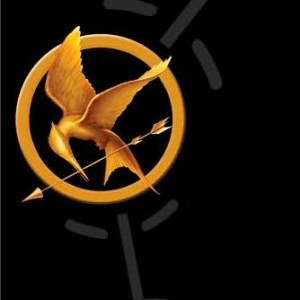 A young adult novel about a post-apocalyptic society that once a year pick one adolescent male and one female to fight to the death in what is called The Hunger Games. Sounds like young adult reading huh? Suzanne Collins trilogy of novels gets the big screen treatment with a great cast including Jennifer Lawrence, Woody Harrelson, Elizabeth Banks and Donald Sutherland. If this is as big as people are expecting we could be looking at the next big film series with Harry Potter done and Twilight ending.

Marvel’s big five year plan has all been leading to this. Iron Man, The Hulk, Thor and Captain America all in one movie. One big splooge in my pants movie. The plot is still somewhat under wraps but me thinks Loki is teaming up with the Skrulls to do the whole take over the planet thing. Does it matter really? This movie is going to be huge…..as in massive.

Ridley Scott returns to the Alien franchise with a prequel that tells how everyone’s favorite chest bursting, acid bleeding xenomorph came into being. I am so excited for a new Alien film it borders on nerdgasm. Then add in it’s Ridley Scott and a cast that includes Noomi Rapace, Charlize Theron and Michael Fassbender and it’s pretty easy to see why this made the list.

Some people think it is too soon for a reboot but I am not one of them. Next year will be ten years since Sam Raimi released the first of his trilogy and while the second film remains one of the finest comic book movies ever made the third was a bloated POS that collapsed under too many villains and not enough story. Andrew Garfield (who was excellent in The Social Network) takes over the role of Peter Parker and yes we are going to have to watch another origin tale but the preview does show that there may be life left in the ole webhead. 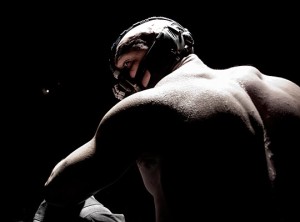 Christopher Nolan ends his Dark Knight trilogy is what is sure to be the biggest movie of 2012. And like all Nolan films this one is a closely guarded secret but we know the main plot involves the League of Shadows coming after Batman with Bane in toe. Whether they will quasi follow the Knightfall storyline and have Bane break Batman’s back remains to be seen but I think it is a safe bet to say so. Joseph Gordon Levitt, Tom Hardy and Marion Cotillard join the cast in a mini Inception reunion.

I didn’t see the first Expendables in the theater and when I finally saw it on Blu Ray I was kicking myself for not seeing the huge action orgasm on the big screen. I won’t make that mistake with the sequel. The main crew of Stallone, Statham, Li, Crews, Couture and Lundgren are back this time hunting down Mickey Rourke’s (Tool) killer. Explosions ensue, head are shot, women are bedded then credits. Perfect.

Guess what? I like the 1995 version of Judge Dredd. And I am not ashamed to say it. Everyone has their guilty pleasure movie and it is my favorite one. You like Top Gun you say? Then I like Judge Dredd. I always thought a new Dredd movie was always a pipedream after the Stallone version left a bad taste in a lot of people’s mouths (Why? It’s awesome!) but finally 17 years later it is happening. And with Karl Urban perfectly cast as Dredd I say it’s time to strap on your Lawgiver and show Mega City One who’s boss….or Judge.

It’s been a rough road getting the new Bond movie into muliplexes. MGM’s bankruptcy (isn’t this like their fourth one) has ensured that we have the longest wait in between films without changing actors to play 007. But it finally looks like their is light at the end of the tunnel. The main plot is still a mystery but we do know that Javier Bardem has been cast as the villain and Ralph Fiennes will play a mystery character. As a Bond fanatic this wait has been rough but hopefully it will be worth it come next winter.

The Hobbit: An Unexpected Journey (December 14) 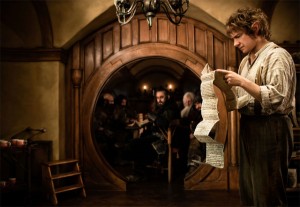 After the merry go round of directors everyone thought we were finally on the way back to the Shire when Guillermo Del Toro was brought on to helm The Hobbit but those dreams were dashed when MGM couldn’t seem to find financing for the massive two part epic (MGM again!! Seriously what purpose do they serve?). Del Toro left and finally Peter Jackson stepped up to the plate realizing that if he didn’t direct the tale of Bilbo Baggins it would never get made. The story is being split up with the second coming out December 2013 (called The Hobbit: There and Back Again) and sees Martin Freeman taking over the role of Bilbo who is tricked by Gandalf, played again by Ian McKellan, to take on an expedition with twelve dwarves into the Misty Mountains to win the treasure guarded by the dragon Smaug. 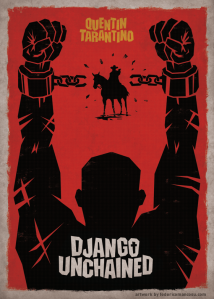 Quentin Tarantino follows up his biggest hit ever (Inglourious Basterds) with a revenge tale starring Jamie Foxx, Christoph Waltz, Leonardo DiCaprio and Kevin Costner. Django (Foxx) is a free slave who is trained to be a bounty hunter by a German (Waltz) and the two team up to rescue Django’s wife from an evil plantation owner (DiCaprio) and his slave trainer (Costner) who has the slaves fight in death matches for the owner’s enjoyment. As much as I loved Basterds I can easily see this becoming my favorite Tarantino film (my favorite is Jackie Brown). 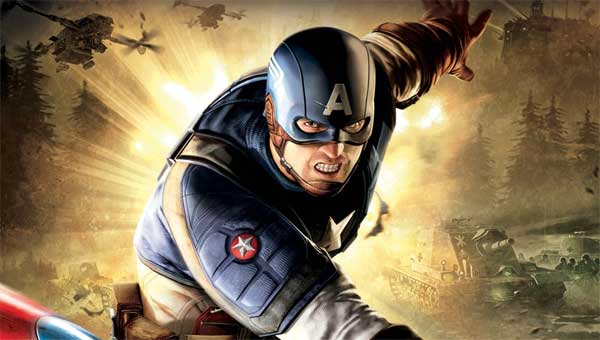 Or maybe this game should be called Captain America: Hydra Asylum because you can not play this game without seeing the basic design and controls for Batman: Arkham Asylum ripped off thoroughly. And I am not meaning that in a derogatory way because if you are going to base your design and control scheme off another game why not take it from one of the finest action titles ever released?

The game takes place while the movie is happening and yet has a story that is not directly involved with the movie. If you have seen the movie you can pretty much tell that this happens during the montage of battles that take place after Steve Rogers stops being a USO show and takes up being a real war hero. Cap dives into a Hydra facility that ends up being on the grounds of Baron Zemo’s castle. You must make a way for the Howling Commandos and soldiers to enter the grounds and discover what exactly Hydra is doing behind the castle walls. 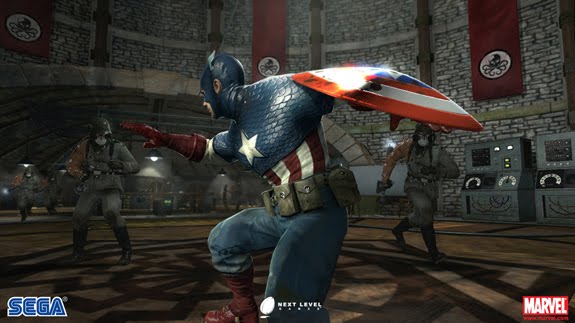 The castle is not as expertly designed as Arkham Asylum but it has more than its share of twists and turns and interconnecting tunnels to keep you looking for a bit. It just does not spring to life like Arkham or Rapture from Bioshock but few games accomplish that. Sega has filled the game with collectibles to ensure that you do search every nook and cranny of the Hydra base and I did find myself trying to find all the ceramic eggs, Zemo diaries, film reels and break every statue I could. Maybe it was because I was surprised how decent a movie based game I was playing. Who knows?

Control wise if you have played Batman: AA then you pretty much know how to play this game. That was the most impressive part of the game was how solid the combat was. Strikes are performed with one button  and must be used in conjunction with counters and shield attacks. I hate to keep coming back to Batman but just insert in a star spangled shield instead of batarangs and there you go. You also have special attacks that build up and when unleashed are devastating slow motion hits that really add a satisfying finish to fights. 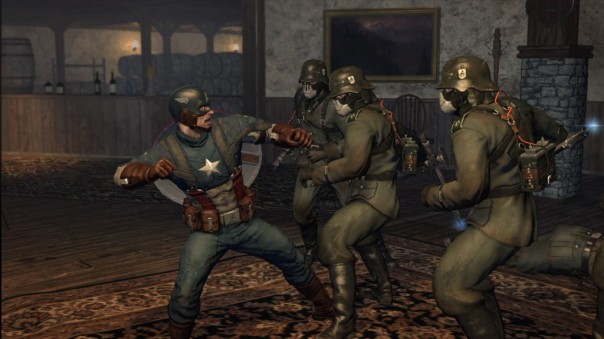 The pros in Cap far outweigh the cons which include a wonky camera, jumping sections that are too easy and the game holding your hand through some sections instead of figuring things out for yourself. The graphics are not great but they get the job done and honestly I was having fun enjoying the combat to notice any glaring graphical hiccups.

Is Cap a great game? No it isn’t but it is a decent game that is made good by the fun combat. And in the world of movie based games you can do worse. Much, much worse (i.e. see Iron Man)